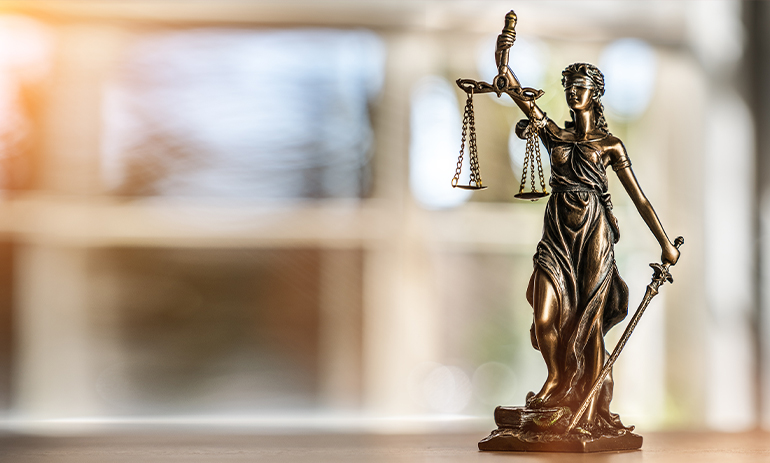 At Morrisons, we are specialist criminal and traffic lawyers based in Wollongong and the Southern Highlands, if you require advice about a sexual assault offence, you can book an appointment with one of our expert criminal lawyers.

The New South Wales government has announced it will change the laws around sexual consent, in an attempt to better deliver justice to victims of sexual assault.

There have been calls for change to the NSW laws relating to consent, following the controversial outcome of the trial of Luke Lazarus in 2017.

Following this, the Attorney General asked the NSW Law reform commission (‘NSWLRC’) to review current laws relating to consent in sexual offences. The NSWLRC tabled their report in the NSW parliament in November 2020, which included a number of recommended changes to current laws.

The current law in NSW provides that a person who engages in any of the following:

The Crimes Act stipulates that a person consents to a sexual activity if the person ‘freely and voluntarily agrees to the sexual activity’. Further, a person does not consent by reason only of a lack of physical resistance.

The act further provides a list of circumstances where a person is unable to consent to a sexual activity including; where they do not have the capacity to consent due to age or incapacity; if they are unconscious or asleep; if they consent because they are unlawfully detained; or they consent as the result of threats of force or terror.

The act also indicates that it may be established a person does not consent where they are substantially intoxicated by alcohol or drugs; if they consent because of intimidatory, coercive or threatening behaviour; or if the person consents because of the abuse of a position of trust.

In deciding whether an accused person knew the person did not consent, the judge or jury must consider any steps taken by the person to ascertain whether the other person consents but cannot consider any self-induced intoxication of the accused.

The current laws reflect a gradual transition to a ‘communicative model’ of consent. This model emphasises that consent to sexual activity cannot be assumed. Instead, it should be communicated by one person to another and should be a continuous process of mutual decision making that occurs throughout sexual activity.

However, many have said that the Lazarus case highlights there are significant issues with the current laws on consent and the way they are applied in practice.

In 2013 Luke Lazarus was charged with having sexual intercourse with Saxon Mullins without her consent. Ms Mullins said that Mr Lazarus sexually assaulted her in an alleyway behind a nightclub in Kings Cross. Mr Lazarus said the sexual encounter was consensual.

In 2015 the matter went to trial. Mr Lazarus was convicted and sentenced to imprisonment for five years with a non-parole period of three years. Mr Lazarus appealed to the NSW Court of Criminal Appeal (‘CCA’) on the ground that the trial judge had misdirected the jury about whether Mr Lazarus knew that Ms Mullins was not consenting. The CCA held that the judge had incorrectly instructed the jury, set aside his conviction, and ordered a retrial.

In 2017 the matter proceeded to trial by judge alone, resulting in an acquittal. The judge concluded that while the Ms Mullins, in her own mind, did not consent, Mr Lazarus had a genuine belief on reasonable grounds that Ms Mullins consented. Her Honour noted that Ms Mullins did not say ‘stop’ or ‘no’ and ‘did not take any physical action to move away from the intercourse or attempted intercourse.’

The Director of Public Prosecutions appealed. The CCA found that the trial judge erred by failing to consider any steps taken by Mr Lazarus to ascertain whether Ms Mullins consented. The CCA did not order another retrial and dismissed the appeal, holding that it would be oppressive and unfair to put Mr Lazarus through the expense and worry of a third trial, in circumstances where he had already spent 11 months in prison.

Many argue that the Lazarus case highlights the issues with the law of consent and suggest the law is not operating as intended.

Following this, the NSWLRC conducted a review of the law on sexual offences in NSW and in 2018 published their report. This report recommended several reforms to the law of consent and knowledge of non-consent.

The NSWLRC suggested that the law should be amended to expressly recognise the principles of a communicative model of consent, including:

The NSWLRC also suggested that the language of the laws should be amended to be more modern, inclusive, clear, and consistent. This includes changes such as removing the expression ‘alleged victim’ and using language such as ‘complainant’. This proposed change reflects the fact that some people who experience sexual assault do not want to be characterised as victims.

Significantly, the NSWLRC stipulated that the Crimes Act should continue to define consent as free and voluntary agreement to a sexual activity but should recognise other aspects of consent, including:

On 25 May 2021 Attorney General Mark Speakman announced several key forms to sexual consent laws, that go beyond the NSWLRC’s recommendations. Based on an ‘affirmative model’ of consent, in an attempt to strengthen and simplify NSW laws, provide greater protection to those who have experienced sexual assault and to educate the community. Mr Speakman said that these changes ‘will address issues that have arisen in sexual offence trials about whether an accused’s belief that consent existed was actually reasonable.’

The key reforms include stipulating that:

The reforms also proposed other changes, including the introduction of new jury directions about common misconceptions about consent, to ensure complainants evidence is assessed fairly and impartially and so that juries will be able to better understand the complexities of sexual offending.

Response to the Reforms:

The reforms have received much support. Many advocates welcomed the introduction of an affirmative model of sexual consent. Celebrating the shift in approach from a “no means no” standard to a “yes means yes” and requiring a person seeking to have sex with another person to obtain clear, expressed consent from them before (and while) engaging in a sexual act.

However, concern has also been raised that in practice the proposals announced by the Attorney General will result in significant injustice. The NSW Bar Association, while acknowledging that sexual assault is an abhorrent crime, expressed concern about the implications of the proposals.

The Bar Association suggests that the proposals have the potential to criminalise many consensual sexual relations. For example, where a person freely and voluntarily consents to sexual activity but has not communicated by words or actions at that time of the activity, the law would hold that there was no consent. They highlight that consensual sexual intercourse often occurs in the absence of words, in circumstances that are unproblematic. They are concerned that the changes would mean that instances of sexual activity that are unproblematic and otherwise not considered criminal, could attract criminal sanction.

They also raise concern about the operation of a requirement to gain affirmative consent in relation to each sexual activity, stating for example ‘if a person is consensually having sexual intercourse with another, they will have to obtain affirmative consent prior to placing a hand on the breast or buttock of the other person. This too has significant ramifications in criminalising conduct within, in particular, established respectful relationships.”

The NSW Bar Association, raised concern that if enacted, the proposals would diminish the status of the existing grave offence of sexual assault, ‘by reducing it to a crime that includes negligence, without adequate regard to gradations in an accused’s culpability, reflected in appropriately balanced maximum penalties.’